So once again the Pit Bull Haters Club believe they have done something special to promote their agenda.  Actually, all I have managed to see is a bunch of the same old stuff shuffled around in new memes and pages trying to get people to believe their lies and outrageous stats.

In an attempt to out do the supporters of Pit Bulls in promoting not only a month of awareness and education of the breed and dedicating the day of October 24th as National Pit Bull Awareness Day, the haters of dogsbite.org, daxton's friends, and what they claim to be 50 other Pit Bull attack victims groups, Including PETA, have set up the exact same day for Pit Bull Victims Awareness Day.

Well, I have looked over press releases, Facebook Pages, Web Pages, and I can tell you that the partners and friends (with the exception of PETA) are all groups affiliated with dogsbite.org and/or Daxton's Friends, so I really do not know who they are trying to kid.

I have also noticed that all promotions of this event have also been by Dogsbites. One of their promos had listed at the bottom of the page the following:

So, one would think that they paid for an advertisement by a company who does not even check to see if any of it is true or not. Which brings me to more questions.......

WHY HAS NOT PETA PROMOTED THIS EVENT?  WHERE ARE ALL THERE ADVERTISEMENTS?  WHEN DID THEY BECOME A PIT BULL ATTACK VICTIMS GROUP?  I THOUGHT THEY WERE FOR THE ETHICAL TREATMENT OF ANIMALS???
OK...OK..IN ALL FAIRNESS PETA DID ISSUE THIS STATEMENT: 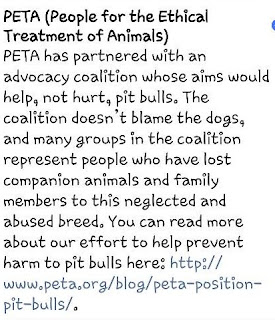 COALITION THAT WOULD HELP, NOT HURT, PIT BULLS HUH?  A COALITION THAT DOESN'T BLAME THE DOGS HUH?  HMMMM.....PEOPLE LIKE GARY YOUNG AND ELTON CAMP? 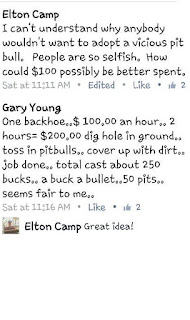 OR PEOPLE LIKE ONE OF THE HEAD ORGANIZERS OF THIS EVENT JEFF BORCHARDT AKA MIX MASTER BOGART. 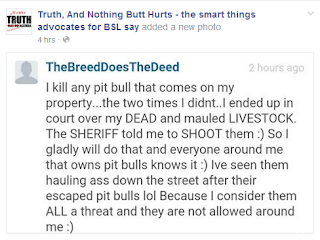 AND HOW ABOUT A FEW MORE OF THOSE SUPPORTERS, FRIENDS, AND PARTNERS: 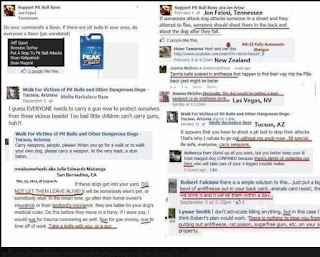 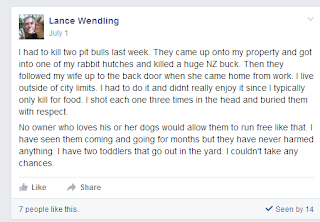 JUST MY OPINION, BUT I DON'T BELIEVE THIS IS BEING ETHICAL TO ANIMALS AND NOT WANTING TO HARM OR HURT THE PITS.
Posted by Unknown at 20:23